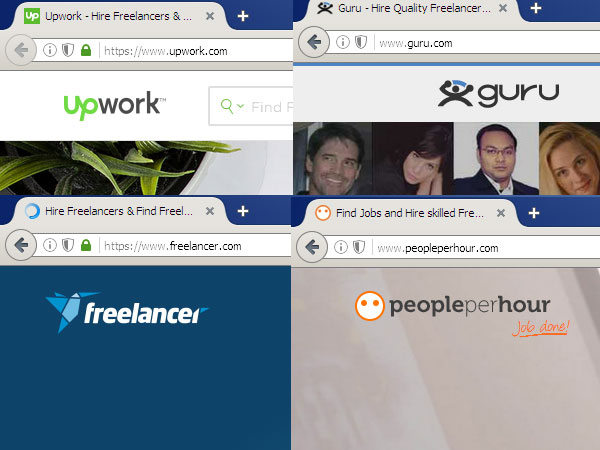 Upwork or Freelancer or People Per Hour or Guru

Considering outsourcing? Thinking of finding a freelancer to do some of your web development work, or data entry or administrative work? You are on the right track. You can save a bunch and get a lot of work done if you find a good freelancer or a team.

Many people start looking for a freelancer using a freelancing portal but are not sure which one to start with. Here is a brief review:

Whichever portal you go with, proceed carefully and in small steps. Try to establish good communications with the freelancer or team first, be it through Skype or telephone or email. Once you get comfortable with each other, outsourcing can be a great way of stretching your dollar.